Located on the Maikal hills of the Satpura range, Kanha boasts hills and valleys adding to the mystique of the region. 850 species of trees, plants and grasses dominated by the stately towering Sal trees are recorded in the park.  The vast grassy meadows support a healthy herbivore population. The most eye-catching among these grasses is the Saccharum spontaenum or locally called Kans. This tall grass with white flowers is among the favourite of the Barasingha, feeding on grasses only.  It is a mixed deciduous forest, however on account of the heavy rainfall each monsoon and the Sal trees, it appears green year round.

The state of Madhya Pradesh is both a Tiger & a leopard state of the country and both these predators are found in healthy numbers here.  The mascot of Kanha however, is the Barahsingha – the hard ground swamp deer with males sporting 12 or more tines on their antlers

The thick foliage, grasslands, bamboo thickets and various water bodies support birds of a varied habitat. Over 300 bird species can be seen here, with winter months hosting the migratory birds all the way from Central Asia. 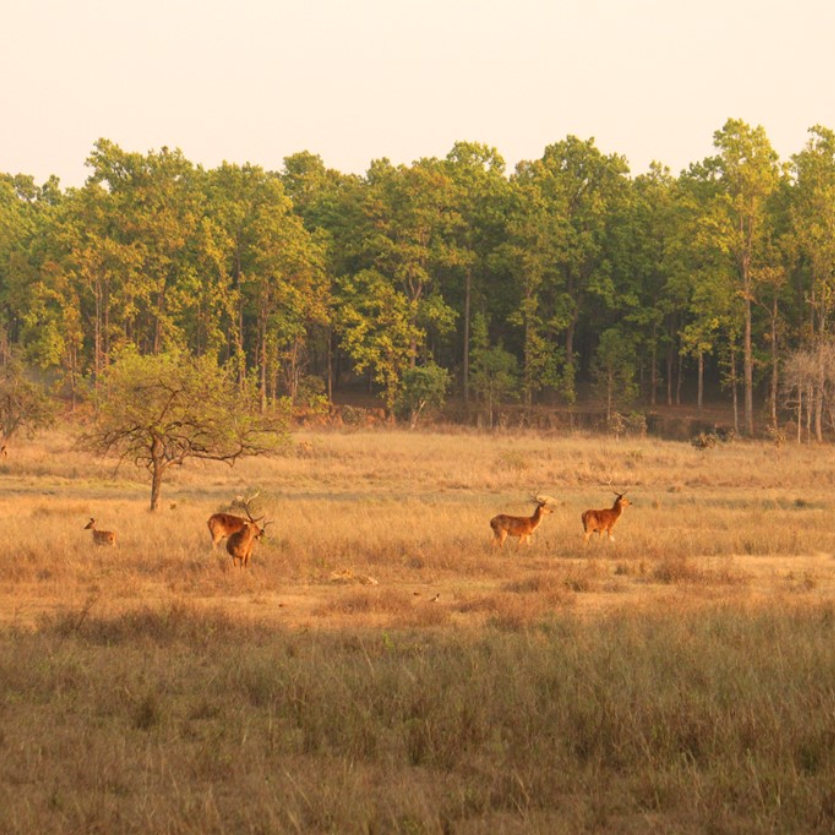